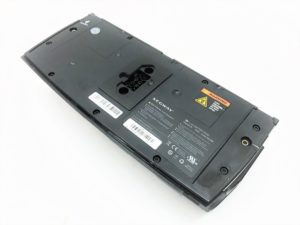 In late 2019 Segway released a new battery, this battery claims to have doubled the range of the Segway X2 & I2 , WOW this would be music to the ears of Segway tour operators, our friends at PT pro in Germany got hold of one and it was tested on our equipment & the results were quite concerning. Segway was acquired by Ninebot which is a Chinese company that sell NinebotMini pro & Scooters, these products are a fraction of the cost of a Segway X2/i2 so it doesn’t take a genius to work out they were looking to save costs.

Below is an in-depth review of the new batteries, this is translated from German so apologies.

The new Segway batteries with a specified 11,4 Ah came on sale at the end of 2019

In Germany it took a little longer for the first batteries to arrive at the dealer.

Expectations were high as 11,4 Ah promise a high battery range.

Unfortunately, disillusion occurred during the first test of the batteries on the reading system.

It was also striking that the batteries have large fluctuations. Between 6,8 AH and 8,1 Ah, our measurements of over 20 of these batteries showed.

The question arose here for us, what baseline value does the manufacturer specify? Or minimum value that a new battery must have at least of power when shipped?

Unfortunately we couldn’t get any information about this.

Unfavourable also the situation that you can get extremely unequal batteries. The Segway always depends on the worst battery. So if one battery 6,8 Ah and the other 8 Ah, the Segway is based on the 6,8 Ah. Thus, the range is also limited to the 6,8 Ah.

This is unsettling and causes dissatisfaction, since every battery costs the same amount, but it’s a matter of luck whether you get good or less good batteries. After all, a difference of up to 19 %.

The next question we ask, how, when, and on what reason can I complain such a battery if there is no information about it?

This caused us to be very skeptical about the new batteries and were careful about this topic.

Since there are already some experience with these batteries, we strongly advise against it.

Our colleagues from the EU countries, who have already gained some previous experience with the batteries, also reported to us about the same problems that we too had to experience.

Unequal and unreliable flashing of LED’s. The usual blink rhythm is often interrupted by very strange flashing, especially when plugging in.

When plugging in every now and then, status red of the charging LEDs. Unplug it, put it back in and it works as usual.

The Segway doesn’t start in the cold. When you plug in the charging cable, the batteries show status red. After approx. 3 h waiting time at room temperature, the Segway can be started again.

When driving, the battery level indicator jumps from e.g. 6 bars on 4 bars. Infokey display is very unreliable with these batteries.

We hope that there will be an improvement of these batteries soon and that the devices that were sold with it and will still be sold will be given the opportunity to repair.

We all care about reliable Segways. Here’s the battery with crucial. The approach to increase the reach at Segway PT is correct and necessary. However, this must not affect the greatest strength of the original Segway PT, its safety and reliability.

So the conclusion is……. Unless there is a significant improvement avoid, rumours are but not confirmed they have been recalled that’s why there is a shortage of Segway batteries.